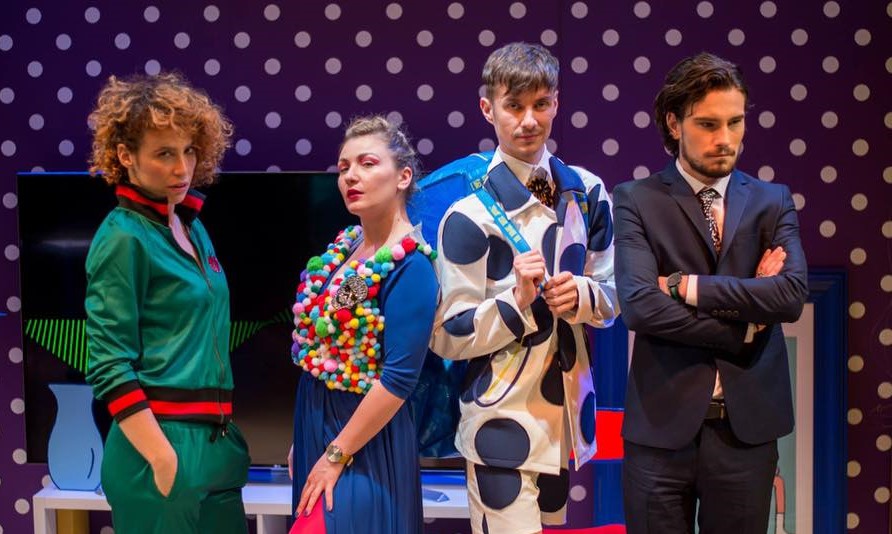 "P.A.R.T.Y." is a sitcom type comedy about narrow minds who fight over matters much too large for them to really understand (global warming, terrorism, fair trade, whether China will rule the world, etc). An x-ray of an „alternative facts” and „fake news” society we live in.

In a country where everyone only talks about change, a group of „idealist” youngsters take attitude and decide to form a new political party, to save the world. Their motives, their subjects of discussion and their decission-making process are all the source of an annoyingly funny humour.

Tom Basden is a British actor and playwright. He was nominated twice at the BAFTA Awards, won the Fringe First award and the Comedy Award in Ediburgh. He co-wrote the sesies 'Plebs' and several episodes for some of the most succesful British comedies, including 'Peep Show', 'Fresh Meat' and 'The Wrong Mans'.

★★★★ ★“P.A.R.T.Y. is the show where you will laugh your heart out. Everything is a very clear demonstration of the dysfunctionality of this colorful and full of good intentions world. We witness an hour and a half of ludicrous ideas, stated with such confidence and seriosness, just like in everyday life.

The audience is never shown things instrusively, but rather the play displays a perfectly contained humour coming out of an impecably structured play and precisely timed lines.” Alina Epîngeac, Yorick.ro

★★★★★ “I swear to you this is the ultimate illustration of ignorance, shallowness, the much-present political correctness and hipsters that know nothing about the world. All I can tell you is that you should go see it. After you will have a good laugh, you will look a bit differently at the imposters around you.” Mihai Vasilescu

★★★★★ "It’s a show on the off-centered, ragged, impossible to recalibrate humanity. You laugh a lot, almost all the time, if you had enough space you would probably roll on the floor laughing. And you leave the theatre promissing yourself you will not get lost in meaningless things. And with the belief that you are not like that, so, you still have a chance. Or more. And, if you do, so does the world." Ana Barton